This month is the 20 year anniversary of Slightly Certain.  We’re each writing a reflection of the album and of playing those songs – performing them, adapting them and living into them over the years. There’s not a gig gone by where we haven’t had several Slightly Certain tunes in the set. 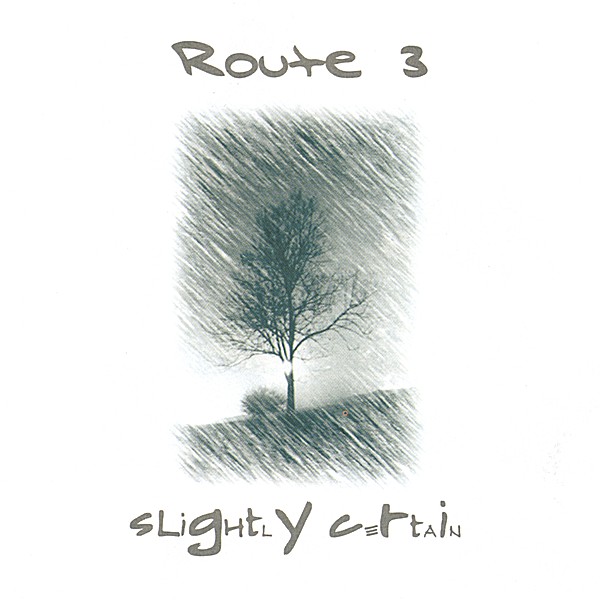 The songs from this album were some of the first I learned as the second half of the duo back in 2000.

I remember learning the title track Slightly Certain and having the thought back then wow, this man writes light years ahead of his age and time. A common day prophet if you will. A man who could already then see through the bullshit and the easiest way for him to call it out was to sing about it. A poet in his own right. A sculptor of sorts. An artist of artists, I knew then he would only make me a better musician. He did! Wordy at times, he had so much to say that he couldn’t always fit it in the phrasing. I’m pretty sure that’s where I came in to help. The songs have morphed some since they were first written.

There have been new arrangements. New vocal layering and additions to the foundational thoughts, but one thing I’m most slightly certain about is that these songs have not lost their energy, truth or excitement in playing them. I could play them another forty years and not tire of them.

I’ve often said if you don’t want me to write about you well then you should have been nicer. If you are ever watching one of our live shows and you have this sinking feeling the song might be about you, there’s a strong chance it is. Pay attention to the lyrics, they are like a mirror creating a reflection of truth. If you are smart you will listen and allow the words to bring change. Slightly Certain does just that. Songs written about betrayal, lying religion, broken promises, ego, insecurity, cowardliness, the circle of life and the spoon fed deceit that comes from the ones who should be offering us truth. It often seems even back then at such a young age he was writing out the truths he already knew for himself but developmentally wouldn’t walk out in real life until decades later.

We songwriters often do just this. We have a pocket of knowing deep inside but can’t quite make sense of it all until life kicks us repeatedly in the side until there isn’t much left. Then we wake up and go ah ha! That’s it.

Today I celebrate the album we know and love so well, Slightly Certain! A gift, a light, a treasure!

Thank you to the band for making great music with me. Thank you for being committed through all of life.