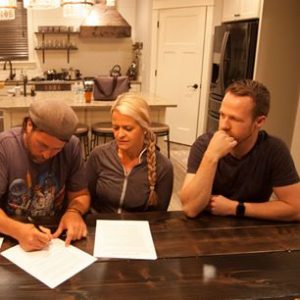 We have wanted to work with this talented team since 2006. 11 years in the waiting. We’re excited to sign a new management and booking agreement with industry powerhouse and all around fabulous person, Thom McGuire.  His agency, McGuire and Associates will take over the day to day efforts

McGuire and Associates was started to fill a need in the state of Michigan by 35-year entertainment industry veteran Thom McGuire.

​At points in his career he has also been in radio as the morning show host at a classic rock station in Washington, DC market, was a signed progressive house DJ. He has also worked as a set designer, set dresser, actor, director of photography, nightclub designer, as well as many other film industry jobs.

From its unique vantage point, McGuire and Associates will set its sights on every aspect of the Entertainment Industry, from decision-making in corporate towers to performing in local clubs.